1
A small portable laser scans the object and interacts with target molecules.
2
After the interaction, the reflected light carries the “fingerprints” of those target molecules back into sensor-on-chip and signal analysis is carried out, where molecular information is deciphered.
3
Sensing is performed in a fraction of a second, which means the sensor system-on-chip offers real-time measurements.

BROLIS sensor may be integrated directly into industrial interface either in-line providing the fluid/substance flow-through geometry or via bypass.This configuration has the following advantages:

Non-invasive option for remote monitoring. Most challenging from technology point of view but most rewarding from user experience: 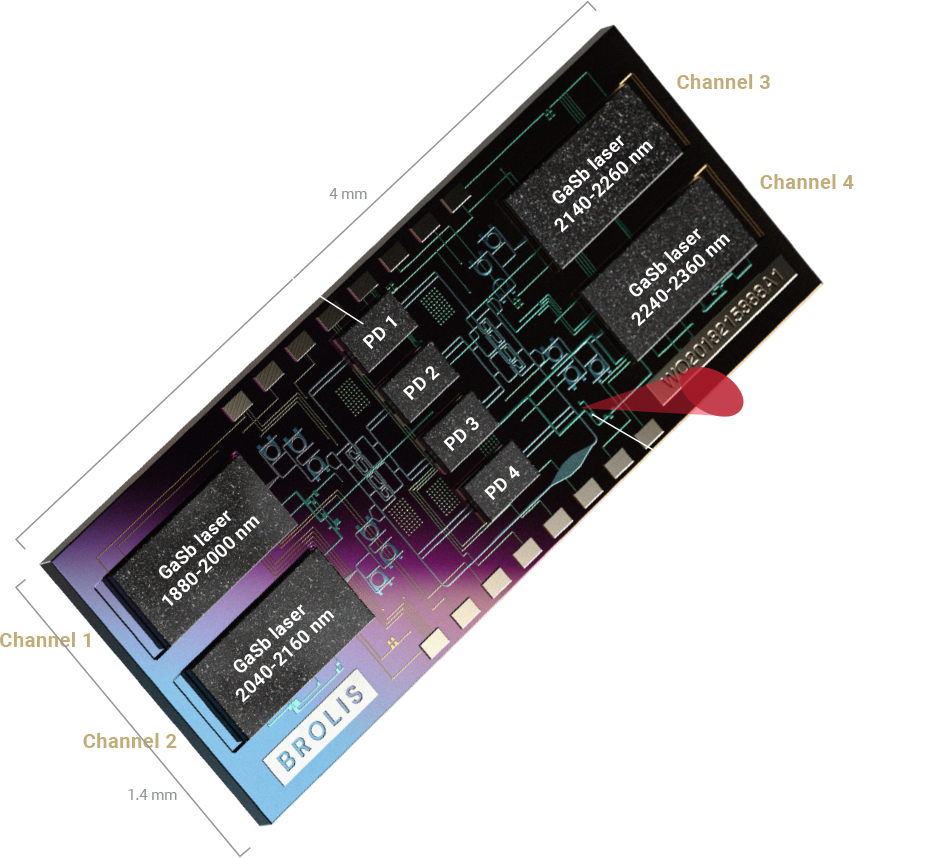 To tackle the sensor problem, we created a technology that did not exist before. We build everything ourselves – from exotic GaSb (Gallium Antimonide) based material synthesis, to the world’s first ultra-widely swept hybrid GaSb-Si Photonics integrated laser.
The latter allowed us to create the world’s first laser-based sensors realized in a silicon photonics chip that is smaller than 5 sq. mm. All this know-how is proprietary to BROLIS and was developed purely in-house.

are currently backing the IP behind the sensor technology